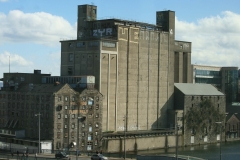 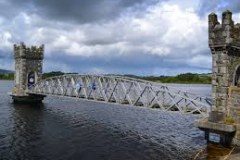 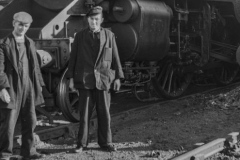 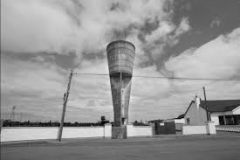 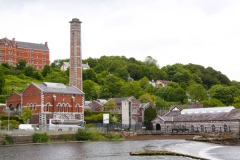 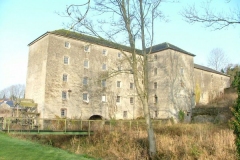 Industry, along with implying manufacturing, includes transport, extraction, public utilities and telecommunications. Industrial heritage consists of a broad range of physical remains and objects including landscapes, sites, structures, machinery and documents which provide evidence of these various types of industry. It includes both material assets and intangible elements such as technical knowledge, work management, and social and cultural legacy. Thus the study and appreciation of industrial heritage can appeal to a people from many different backgrounds including, but not limited to, archaeologists, engineers, geographers, historians, architects, sociologists and those employed in industry.

Following a review of its committee structure and statutes it reformed as the IHNSC and currently has nine members:

Membership: The present membership of the IHNSC is representative of professionals with a broad range of experience in the field of industrial heritage and conservation, including architecture, archaeology, engineering, architectural history, planning, and education. ICOMOS members with a particular interest in, and knowledge of, industrial heritage and conservation are welcome to join.

ICOMOS Ireland IH NSC received a request from ICOMOS International to facilitate a review of the operational arrangements concerning industrial heritage within ICOMOS. An invitation for expressions of interest was issued to ICOMOS National Committees and ISCs in early 2014 with a view to organising a meeting during the General Assembly taking place in Florence in November 2014.

The invitation garnered a good response and the subsequent meeting enjoyed a lively discussion. At the conclusion of the meeting it was agreed to establish a Working Group to undertake the review. Invitations were subsequently issued calling for expressions of interest in joining the Working Group. The meeting group intends to commence its work by mid 2015 with a view to submitting a report at the General Assembly in 2017.

To coincide with the AdCom and ExCom meetings in Dublin in October 2010. The event, which was sponsored by the Electricity Supply Board of Ireland, took the form of a workshop on the theme of Policy and Practice concerning Industrial Heritage. Among the speakers at the event were Dinu Bumbaru President ICOMOS Canada, and Patrick Martin President TICCIH, who were both members of the Working Group tasked with developing the joint guidelines which were subsequently called the ‘Dublin Principles’. During the workshop the Principles were presented, the background to their development outlined and the main issues covered.

The work of the Industrial Heritage National Scientific Committee over the next three years will comprise:

The Industrial Heritage National Scientific Committee (hereinafter called the IHNSC) was founded by ICOMOS Ireland at its meeting on the 12th day of June 2012.

The “industrial heritage” consists of sites, structures, complexes, areas and landscapes as well as the related machinery, objects or documents that provide evidence of past or ongoing industrial processes of production, the extraction of raw materials, their transformation into goods, and the related energy and transport infrastructures. Industrial heritage reflects the profound connection between the cultural and natural environment, as industrial processes – whether ancient or modern – depend on natural sources of raw materials, energy and transportation networks to produce and distribute products to broader markets. It includes both material assets – immovable and movable –, and intangible dimensions such as technical know‐how, the organisation of work and workers, and the complex social and cultural legacy that shaped the life of communities and brought major organizational changes to entire societies and the world in general.

In pursuing its objectives the IHNSC aims to:

The activities of the IHNSC are controlled by the statutes of ICOMOS International, the Eger- Xian Principles; and the Memorandum and Articles of Association of ICOMOS Ireland.

Membership is open to all ICOMOS Ireland members who should indicate their interest to the IHNSC and their application will be processed at the next available opportunity.
The committee shall establish a membership roll.

Criteria for participation: Any member who fails to participate in the activities of the Committee for a period of three years will be removed from the membership roll.

The members of the Committee obtain themselves the funds necessary to ensure their own participation in the activities of the committee, especially their presence at meetings.

Any special activities or events organised by the committee shall be financed by funds allocated by ICOMOS Ireland from its annual budget, and application shall be made to the executive of ICOMOS Ireland for any such funding request.

Funds may be obtained by the Committee on its own initiative, on behalf of ICOMOS Ireland, from International and National organisations and by funds from any other source provided by way of gift, bequest, donation or sponsorship towards the achievement of the objectives of the committee.

The committee shall conform to Irish law.
The Rules may only be changed by a 2/3 majority vote of the members of the IHNSC

Nothing in these rules shall be interpreted in a way which is inconsistent with the realisation of the objective of the Committee.

Any interpretation of these rules should be made in accordance with the Memorandum and Articles of Association of ICOMOS Ireland.

Any disputes over the interpretation of these rules shall be arbitrated by the Executive Committee of ICOMOS Ireland.

The rules enter into force with the approval of the National Committee of ICOMOS Ireland.